little house/rock wars on the prairie

When asked to recount my favorite childhood games for a project at Punkette's school, I took the easy route and said I liked jumping rope and wrote out the words to a few of the chants/songs we used to sing while jumping. I did enjoy jumping rope. But, what I really loved to play was "little house on the prairie." 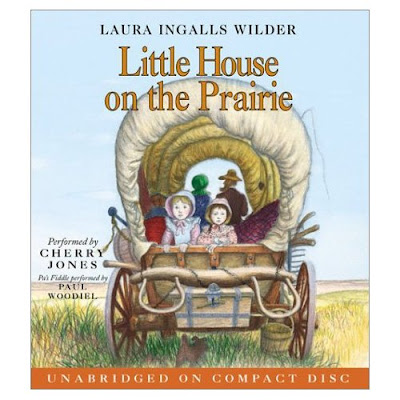 I had an obsession for this story. I watched the TV series and read all the books. I had long, straight hair that I would put into braids. I even had a bonnet that I wore when playing "little house." My best-friend Jamie also loved Little House on the Prairie and we invented this game together. I generally played the part of Laura and she always wanted to be baby-sis Carrie.

Now this is where the ditch comes into play. It was our very own Plum Creek. A perfect place for us to hide out and explore. We could roll in the weeds, squeal at crickets, and find the perfect spot for a picnic. But the ditch was not ours alone. My brother's also played near the ditch. Generally this wasn't an issue, but today, they happened to be at war. Because on the other side of the ditch lived "the mean kids." And for some reason, today they had started a rock war. Yea, I know.

Deep in their pioneer world, Carrie and Laura were trapped. Some no-good outlaws had backed them up into a corner. They weren't after the girls, but a battle was going on and Laura had to keep her little sis safe from harm. In desperation, Laura got a hold of Pa's rifle from the shed for protection and decided to make a run for it. Carrie, too young to understand the real danger, ran out too soon and Laura made the quick decision to fire when she realized the danger. 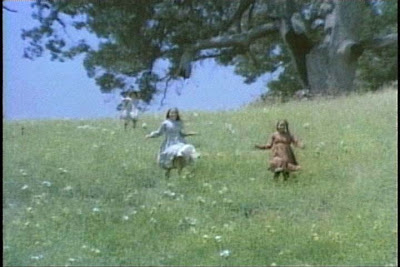 Me: Bamm!
Jamie: Christine! You really shot me!

Surprisingly out of character, Jamie had her hand on her head, staring at me in shock. I stared back at her incredulously. But then she took her hand off her head and it was completely red, covered in blood. This snapped me right out of the "little house" zone.

She had gotten caught in the crossfire alright, of my brother's stupid rock war. Hit right in the noggin. And, man alive, that girl could bleed. By the time we got to my backdoor, half her face was covered in blood. It was streaming down her shoulders, her arms. Fortunately, I have a mother who wouldn't jump if a bomb went off under her chair. I'd never seen so much blood in my life, but figured that, from my mother's response, it was no biggie. Mom let us in the house as if we were coming over for tea and cookies, stopped the bleeding, cleaned her up, and probably made sure she wasn't going to pass out before she called Jamie's mother.