I had intended to resist commenting on the election. I just figured that, being here I've missed all the passion that's been stirred by the campaign. But that's not true.

There are not many Americans here. The few I know I rarely see (I think they must have been assimilated). People stick to the norm here and like it that way.

I left the house today, more tired than usual after spending half the night restless (wondering about the election results) and the other half soothing my son back to sleep (poor guy is getting congested... yes, Mom, more vitamin C). But I was tired and not paying very close attention to the people around me.

I was soon pulled out of my stupor when Elisabetta at the coffee shop started talking to me. This is a woman who practically scowled at me for the first 4 months I took coffee in her cafe'. We've slowly made our way through a stage of polite greetings and now, after a year and a half, we pleasantly call each other by name and chat when the cafe is not too crowded. But today was something unusual...

E: Tu sai contenta!?! (are you happy?... notice the informal tu... we've come a long way baby)
Me...obviously tired and not prepared to plunge into Italian conversation: Scusa?
E: Ma perche tu sai cosi stanca? Il Electione! Tu sai contenta?!! (but why are you so tired? The election! Are you happy?!!)

Me... snapping out of it... and imagining that I would have to wait longer to know the results and not believing anything since the last time we've been through this, reply timidly: Spero per Obama ("I hope for Obama"... man I sound like such an ape in Italian).

She chuckles at me, shaking her unruly head of curls and hands me the paper. So this is how I learn the outcome of the election. Deciphering the local Italian paper and nearly wanting to cry when I've collected enough pieces of evidence to convince myself that it has been such a good and decisive outcome. 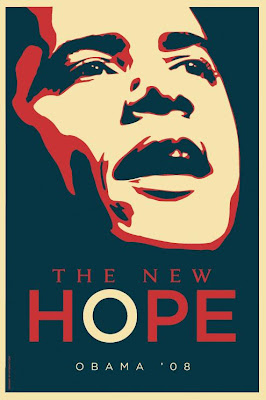 But it continues... At the preschool, you know, the one with the sweet little nuns and all the folks whose families have lived here since the dawn of time... the one where I am the one and only non-European... and one of roughly 3 non-Italians. At that preschool, I am stopped over and over again by literally JUBILANT parents and grandparents. One grandfather in particular, who I've actually discussed US politics with in the past, described to me how he was cheering out of his window this morning "We WON, We WON!" and he kept repeating to me "It's so good! It so great! It's wonderful!" (yes, he used them all... buonissimo, benissimo, stupendo). Even at the market, my fruit and veggie gals: You must be happy! How wonderful!...

So Obama has touched even this frigid town in the very north of northern Italy. Mountain people who seem so set in their ways, so closed and stubborn and judgmental... turns out, they are also looking for change; and now, they also have hope.
at Wednesday, November 05, 2008