I snapped some photos of the traffic signs on my walk home one gray day... you can see they were the only spots of color in sight: 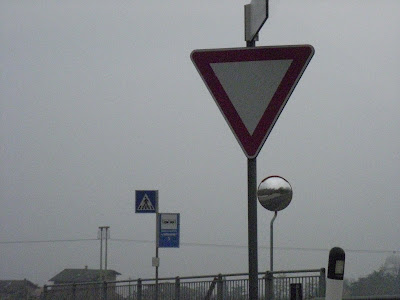 The red triangle is a warning sign... yield in this case. 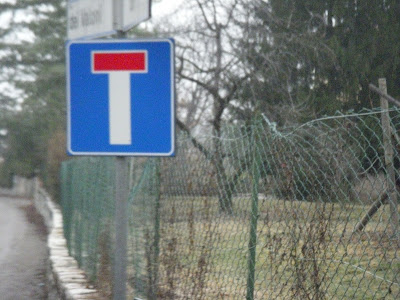 I still haven't figured out what this T means... 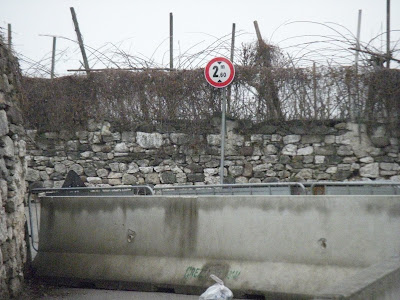 Clearance for the underpass to the left. 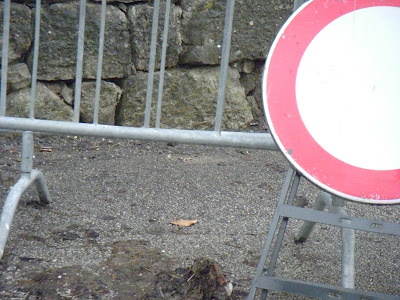 This sign confused me since the red circle is used to indicate what is forbidden. But a blank red circle? I had to ask someone. It means EVERYTHING is forbidden. 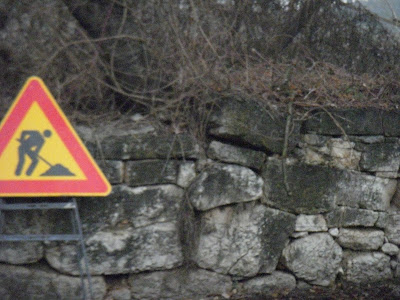 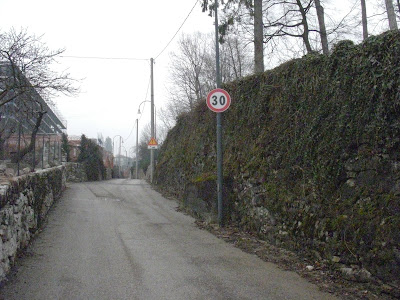 On to my rant:

I've observed a new approach to advertising as of late. Rather than pay people to hand out fliers or post them around town, several of the local business have decided it's just as effective to throw the advertisements directly on the ground. They pay someone to walk around the city and scatter the fliers on the ground as they walk. They stand at the bus stops and drop them everywhere, coating the wet pavement with an announcement of the next event at some bar. They drop them one by one as they stroll through the city.

It normally upsets me when I see litter. I want to scream when I see people stamping out their cigarettes and kick them down the drain. But this is maddening on a different level... there's someone in charge, hiring kids to litter. There are kids willing to do so. It's upsetting to me that this doesn't seem to bother any of them.