My social skills are in atrophy. They were not very sharp to begin with, but after a year and a half abroad, I'm starting to have real problems. First off, shhh, I'm blogging. Yikes. Second, my need to converse seems to be cumulative. The result of this is that when I do find someone to talk to, I assault them with conversation.
I JUST WANT SOMEONE TO LISTEN TO ME!!!!
You can imagine the effect that has. 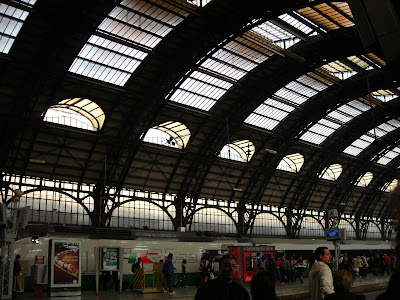 Actually, most people seem to take it in stride. If I'm lucky, they're also a foreigner and feeling just as isolated as I am and we just beat each other into the ground. But sometimes I accidentally unleash on an unsuspecting Italian.

I was pissed off today and I carried this stupid pissed off feeling around with me all day because I just didn't have anyone to vent to. It was driving me nuts. I kept telling myself to just let it go, it's a silly thing to be upset about... but I just couldn't shake it.

Poor Michele. He's one of the guys at work that speaks some English. I was trying to stick to casual conversation, fearing what might happen to what little relationship there was between us if I unleashed my brewing frustrations. But he's also one of those wonderful people that asks you how you're doing and really wants to know. And such a kind face. 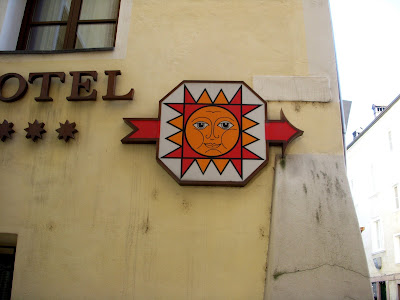 UGH. I exploded all over him after lunch, just as we would normally have simply parted ways. I could even see the reeling in his face in the process but I just couldn't disengage. What a trooper. He hung in there and actually conversed with me about the situation. Validation. Empathy. And hardly any signs of shell shock. Ugh, this should be so much easier. But I think Michele and I could actually become friends. I just wish I didn't have to feel like a socially inept science dork in the process... oh, wait...
at Tuesday, December 02, 2008